Even as Australia’s large-scale solar market starts to hit its straps, much of the talk at this year’s ASC Solar and Energy Storage Conference in Melbourne remained focused on the nation’s household market – an unstoppable residential shift to solar and storage that is currently being re-energised by some of the highest electricity prices in the world.

Original Article: One Step Off the Grid: By Sophie Vorrath on May 4, 2017

Like the CSIRO and Energy Networks Australia – who last week predicted Australia’s households and small businesses would install a phenomenal 80GW of rooftop solar by 2050, and some 97GWh of battery storage – speakers on day one of the conference stressed the ongoing importance of this market segment, which has unhitched itself from policy levers and hurtles on unabated.

Why? Well, largely because the state of play in Australia’s energy market “is nuts.”

“We all know we’ve got an energy crisis,” Green Energy Trading’s Ric Brazzale told the conference on Wednesday: “High wholesale prices, gas prices, LGC prices… (gas) shortages, our coal-fired power stations are getting older and closing… and we don’t have a bi-partisan policy on energy and climate change.

“So this is nuts, actually. This is probably nearly as bad as you can get, particularly if you are an electricity consumer.”

This year, Green Energy Trading is expecting about 1GW of small-scale solar PV to be installed around Australia. And, based on the current growth trajectory for residential and commercial PV, Brazzale says another 2.5GW will be installed by 2019 – a figure Brazzale says has been described as conservative.

And Morgan Stanley’s Rob Koh agrees. “Wholesale electricity pool prices are the highest in the OECD world right at the moment… at around $130/MWh,” said Koh – who is lead equity research analyst for Australian utilities and infrastructure.

And not only is it driving solar, but home battery storage, too. As we reported yesterday, Morgan Stanley is predicting that a total of one million households on the NEM – so, just the east coast of Australia – will have installed battery storage by 2020, to make the most of their rooftop solar and minimise their exposure to an energy market gone mad. 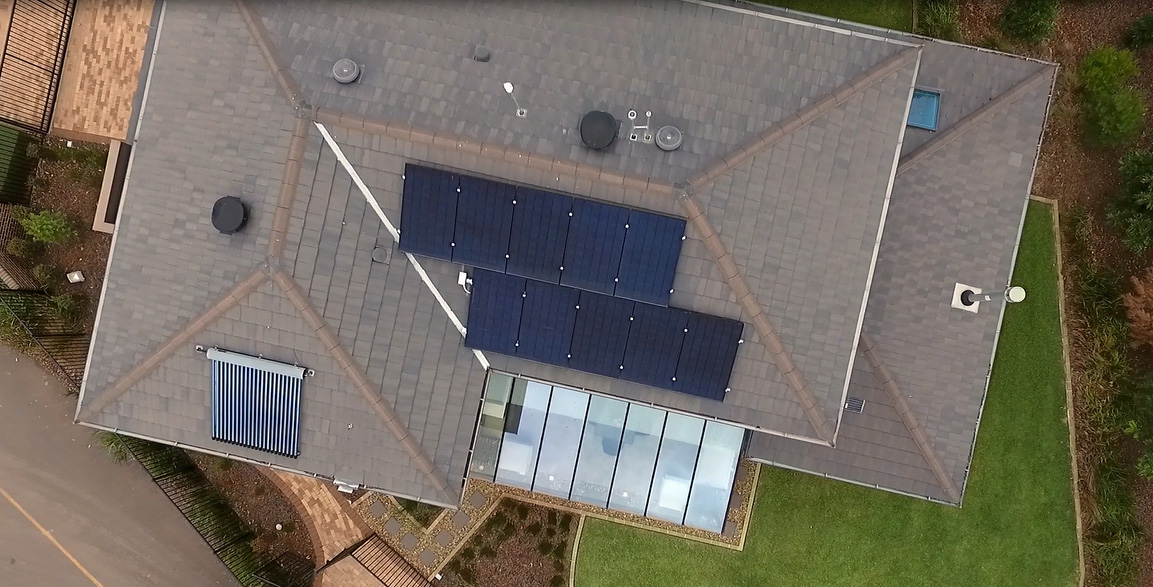 According to Koh, it’s the same kind of “loss aversion theory” effect that helped shape one of the most successful rooftop solar markets in the world, well before rooftop solar was the economic no-brainer it is for so many households today.

“The survey that we did suggested that people were willing to pay a premium of about 20 per cent (for battery storage), versus what they rationally should to reduce their (electricity) bills,” Koh told the conference.

Kobad Bhavnagri, head of Australia for Bloomberg New Energy Finance, was not quite as bullish as CSIRO/ENA about the growth trajectory of Australia’s behind the meter solar sector, but was still predicting “massive growth”, driven by high electricity prices, constantly improving solar and storage economics, and the “attractiveness of the technologies.”

As Bhavnagri told the conference on Wednesday, BNEF’s forecast is for about 40GW of distributed energy behind the meter by 2040, underscored by a “major wave of growth” in the industrial segment, in systems over 100kW in size on large facilities like “Bunningses” and sports stadiums.

“And that amount of generation means that grid demand will essentially be flat. and all of the demand that will occur, that is projected to occur in Australia, will be basically met by behind the meter solar,” Bhavnagri said.

Original Article: One Step Off the Grid: By Sophie Vorrath on May 4, 2017

“Electricity savings and the ability to decrease reliance on the grid for homeowners investing in solar and home battery technology are significant,” Tannous continued.

“A 5kW Bradford Solar ChargePack with Powerwall 2, allows a family of 4 the ability to achieve up to 95% self-sufficiency on an average day, saving thousands on their annual energy bills.”

“Consumers have had enough of indecision in the Australian energy sector. Solar and home battery storage is the future for energy management. This gives control back to individual households enabling the homeowner to store, use and manage their electricity usage as never before.”

Tesla Powerwall is wall-mounted, lithium-ion battery which stores the excess energy generated by rooftop solar panels. Whatever power isn’t used during the day can then be used overnight. This enables homeowners to use the energy from their solar panels during the day to power their home with solar energy at night.

“Importantly for families, this helps reduce the reliance on mains power when the sun isn’t shining” Tannous said.

“Families are increasingly interested in our Powerwall solution because they see the opportunity to future-proof their homes and use and manage their own, guilt-free energy,” Tannous said.

“Homes that include solar with battery storage options, allowing them to virtually eliminate their need for grid electricity consumption, are already proving to be attractive to home-buyers. We expect this interest to continue as energy prices increase and leading to, we anticipate, yet further inquiries for our ChargePacks.”