In a bid to help new home buyers address the issue of rising energy costs, eligible Designer by Metricon customers were incentivised to choose a Bradford Solar ChargePack upgrade, with the chance to win a Tesla Model S electric vehicle. 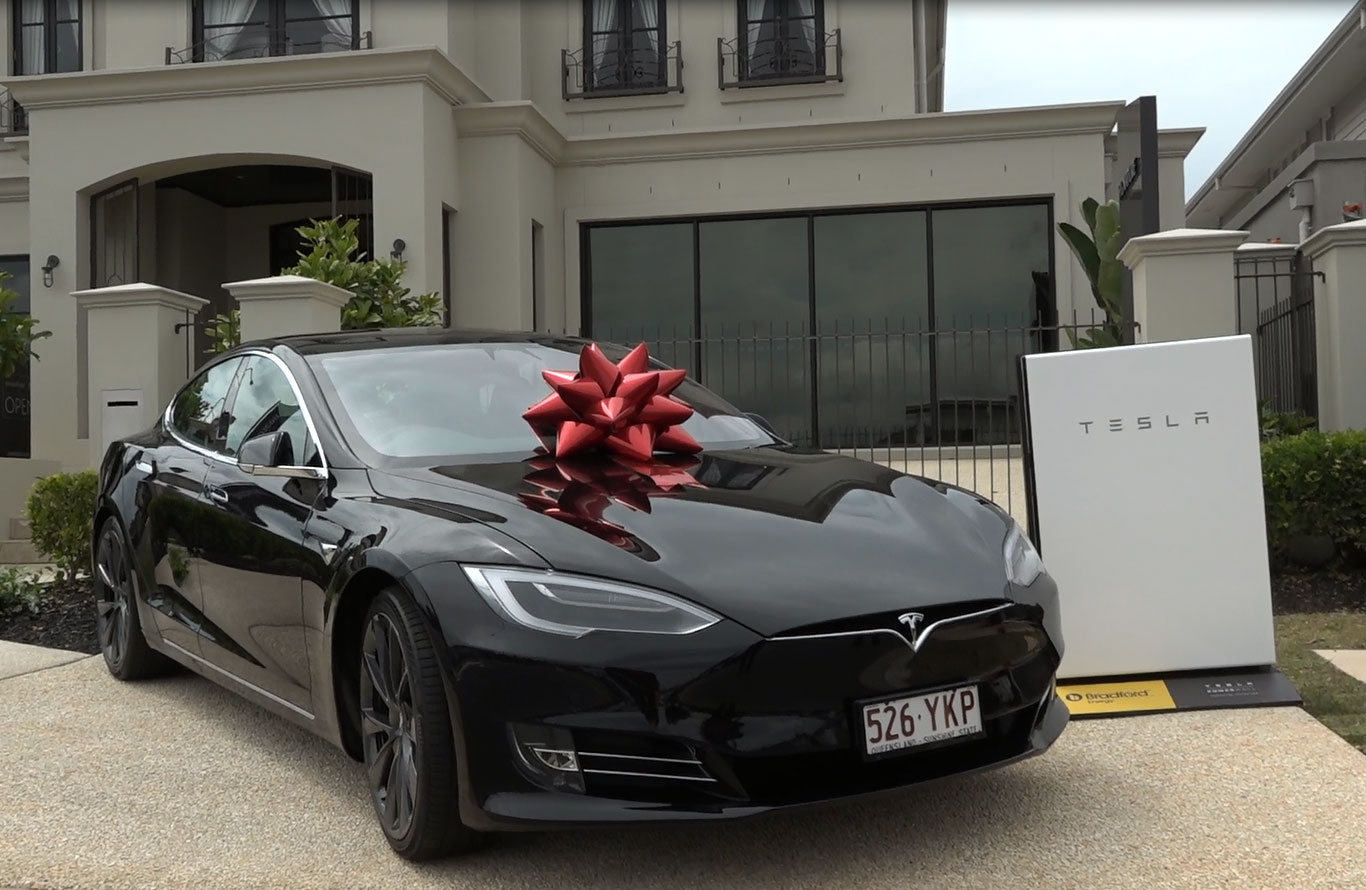 October 5 2018 – In a recent survey commissioned by the Energy Efficiency Council, a remarkable 83 percent of people stated that they were concerned or very concerned about their electricity bill.1

This is not surprising considering in many parts of Australia electricity prices have almost doubled and wholesale gas prices have more than tripled over the last decade. This is creating significant challenges and anxieties for many households who spend a greater proportion of their income on power bills, but have less choice and control to reduce them.1

In a bid to help new home buyers address the issue of rising energy costs, Metricon Homes has partnered with Bradford Energy to incentivise customers to go solar and save money.

Since October last year, every Designer by Metricon customer in New South Wales and Queensland has had the opportunity to install a Bradford Solar ChargePack (which includes a Tesla Powerwall), in their home at a discounted price.

Until recently, eligible Designer by Metricon customers were further incentivised to choose a Bradford Solar ChargePack as an upgrade, with a chance to win a Tesla Model S electric vehicle valued at up to $130,000.

Drawn last month, Metricon Homes customer Bruce Choi and his family from Brisbane were the lucky winners of this amazing prize. The Tesla Model S will be handed over to the Choi family at the Signature by Metricon Bordeaux 56 show home at 10:00 am today.

“It was such an amazing surprise as I haven’t won anything before. I am so excited I haven’t been able to sleep since I heard the news,” said Choi. The excited winner and self-admitted high electricity user is also looking forward to getting into his new Designer by Metricon Franklin 40 home and being able to save money immediately with his Bradford Solar ChargePack.

“We have been thinking about solar for a while now as our power bills just keep getting higher and higher. Metricon made it very easy for us to upgrade and include the Bradford Solar ChargePack in our new home. It was simple decision to make,” said Choi.

After analysing the Choi family’s past energy usage, they are set to make some significant savings when they move into their new Metricon home early next year. With the Bradford Solar ChargePack installed, they will enjoy an estimated $2,158 in savings on their energy bills in the first year. The Choi family’s 15-year electricity saving is estimated at up to $43,200.2

Instead of sending excess solar energy into the grid, Tesla Powerwall 2 stores it for use any time. The ChargePack technology is the next step in a comprehensive approach to green, affordable all-electric solar power, delivering further cost savings to homeowners.

Bradford Energy Business Manager Ashleigh O’Brien said that beyond a desire to take control of their power prices, customers for household solar and battery systems are also looking to the future energy and technology needs of their homes.

“There is a good chance that a child born today will drive an electric vehicle when they are old enough to drive,” O’Brien said.

“Preparing Australian homes for increased electricity use is just another benefit of installing solar and battery technology, and this is just one example of how homeowners are equipping their homes to meet the needs of tomorrow.”

The Tesla Model S is the safest and most technologically sophisticated sedan on the road and is estimated to save the Choi family a further $2,000 in vehicle energy running costs a year, compared with an equivalent petrol vehicle.2

By partnering with Australia’s leading solar and battery provider, Bradford Energy, Metricon Homes is helping its customers become energy self-sufficient and take back control of their energy bills.

“This partnership reflects recent findings from the Climate Council showing that three-quarters of Australians believe household batteries will become commonplace in the next decade, so we are working with Metricon to meet these expectations” Ms O’Brien added3.

Metricon General Manager, Peter Ryan, said the uptake of the Bradford Solar ChargePack with Tesla Powerwall 2 is proof that rising costs and concerns about supply have resulted in an increase in customers wanting to know what their options are, with the optional upgrade so far exceeding all expectations.

“We have seen hundreds of customers choose to include the Bradford Solar ChargePack so far” Ryan said.

“Not only does this place new home owners ahead of the property game when it comes to energy cost savings, it also adds value to their home with increasing market demand for energy self-sufficient homes.