09 February 2017 - South Australia's economy is at risk because of the unreliability of energy supply the government has warned.

"Power in South Australia is more akin to what you would expect in a backpacker's hostel in a third-world country." "We cannot rely on the power supply in South Australia not to go out"...but there is a solar energy solution and it's available right now.

PREMIER Jay Weatherill has foreshadowed “dramatic plans” for the state to step away from the national electricity grid “and take control of our own future”, amid concern about further blackouts today.

SA POWER Networks was ordered on Wednesday night to restore electricity to about 40,000 households and businesses after supplies were deliberately cut amid soaring temperatures.

Power to customers across the state was switched off from 6.33pm under “rotational load shedding’’ orders from the Australian Energy Market Operator (AEMO) “due to lack of available generation supply in SA”, SA Power Networks said.
About 45 minutes later electricity was restored after SA Power Networks announced that AEMO had ordered it to return supply.
“AEMO has called an end to load shedding, we are restoring power,’’ the supplier said.

As customers reacted with outrage, the blame game immediately began.

What's powering your next black out?

“Electricity savings and the ability to decrease reliance on the grid for homeowners investing in solar and home battery technology are significant,” Tannous continued.
“A 5kW Bradford Solar ChargePack with Powerwall 2, allows a family of five in South Australia the ability to achieve up to 95% self-sufficiency on an average day, saving thousands on their annual energy bills.”
“Consumers have had enough of indecision in the Australian energy sector. Solar and home battery storage is the future for energy management. This gives control back to individual households enabling the homeowner to store, use and manage their electricity usage as never before.”

Tesla Powerwall is wall-mounted, lithium-ion battery which stores the excess energy generated by rooftop solar panels. Whatever power isn’t used during the day can then be used overnight. This enables homeowners to use the energy from their solar panels during the day to power their home with solar energy at night.

“Importantly for families, this helps reduce the reliance on mains power when the sun isn’t shining” Tannous said.
“Families are increasingly interested in our Powerwall solution because they see the opportunity to future-proof their homes and use and manage their own, guilt-free energy,” Tannous said.
“Homes that include solar with battery storage options, allowing them to virtually eliminate their need for grid electricity consumption, are already proving to be attractive to home-buyers. We expect this interest to continue as energy prices increase and leading to, we anticipate, yet further inquiries for our ChargePacks.”
Read Adelaide Now News Article 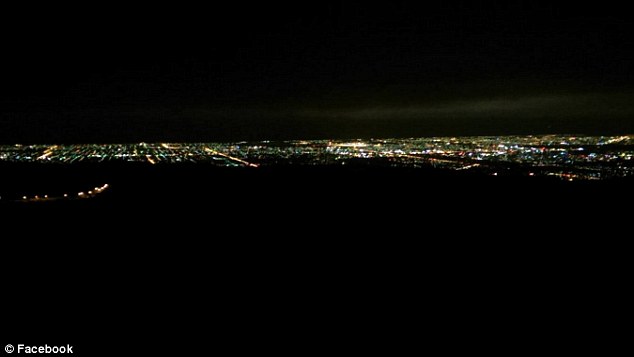 Back up energy for your home

What’s powering your next blackout?
Don't be left in the dark - keep the lights on and enjoy solar power day and night.
Powerwall 2 can protect your home during a power outage, keeping your lights, Wi-Fi and refrigerator running.