29 June 2018 - Australian families are turning the tables on their electricity bills and even getting their power for free. Last year Bradford Energy partnered with A Current Affair and ran our solar giveaway competition, providing five lucky families with 5kW Bradford Solar ChargePack’s, which each include a Tesla Powerwall. 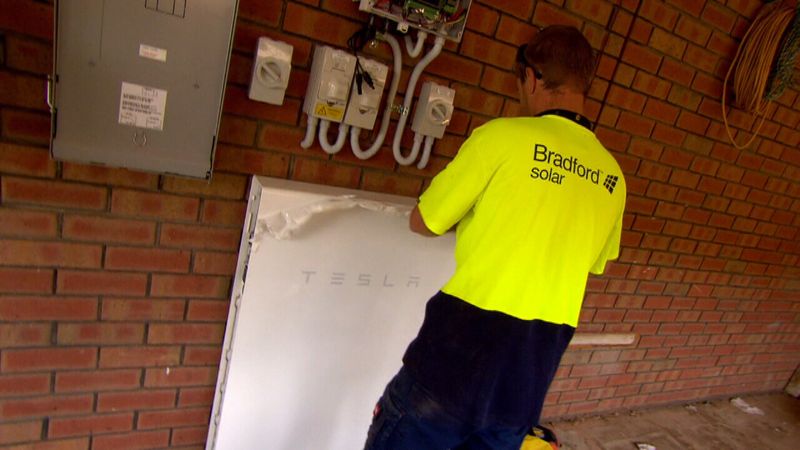 These five families gave their systems a work out over their first summer and the results were astonishing. The systems, valued at $22,000, gave our winning homeowners the power to become energy self-sufficient by generating power from solar, storing the excess solar energy in their Tesla Powerwall's and even selling additional electricity back to the grid.

Melbourne winner Gill Williams utilised her system to get her family through the hot summer months without spending a cent on electricity. Her monthly bill for February last year without a solar system was $104.88 in comparison her bill with a Bradford Solar ChargePack paid her $11.29 in credit.

Gill stated during the follow up of our solar giveaway competition in October 2017, that she was astounded, “I actually opened the bill and found out that not only did I get my electricity for free, but I also got money back! It was just such a wonderful surprise”.

Ipswich Queensland winners Carole and Ron Pilkington are also now making money from their 5kW Bradford Solar ChargePack, gaining credits from their latest March quarter bill which saw a profit of $55.95. During the summer months they were blasting their air conditioner, guilt free. “We had it running every day through summer and the house was lovely”, Carole said. Despite their heavy use of an electricity-guzzling air conditioner, their February bill was just $8.

1. Use as much electricity as possible during sunlight hours so run your washing machine, dishwasher etc in the day instead of night.

2. Use the app attached to your battery to see exactly how much power is used by your appliances. You could be surprised by some that are more power-hungry than you thought so switch those appliances to daylight usage wherever possible.

3. At night and on cloudy days be extra careful of what power you're using as this will be coming direct from your battery. A light left on that's not needed is still wasting power that you could be selling back to the grid.

4. As the sun changes its path in winter versus summer, make sure your panels remain in full sun. Winter shade can have a big impact on your solar production. Keep trees trimmed so they don’t block the sun.

5. Make sure you are on the best electricity plan that caters for your solar production. Energy companies pay different rebates for solar but the plan with the highest rebate isn't always the best one for you.

Find out more about the Bradford Energy solar giveaway with A Current Affair and follow the incredible story here: 9now.com.au

Last year Bradford Energy partnered with A Current Affair and ran our solar giveaway competition and the results are in.