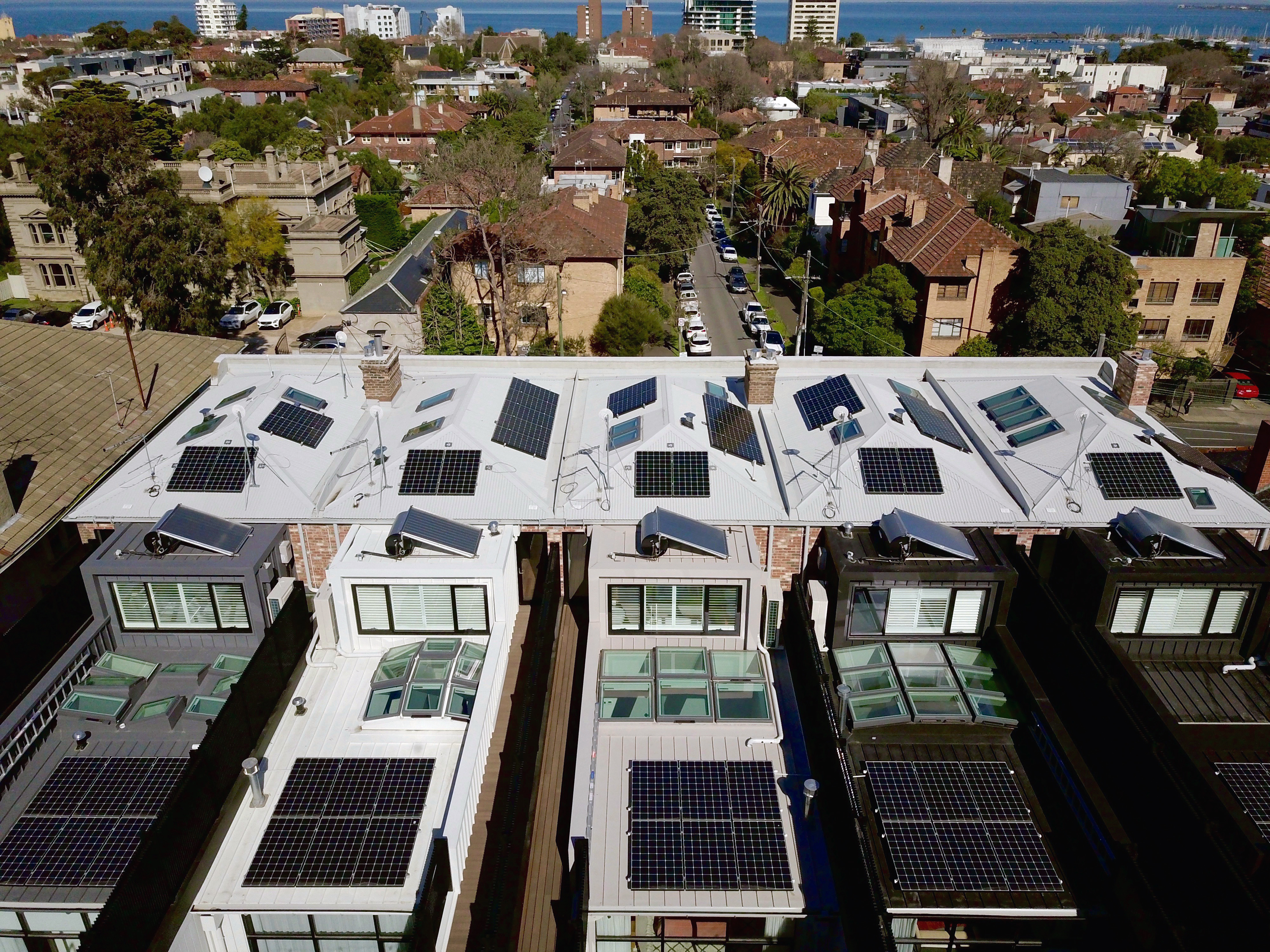 Real estate is a competitive business – just ask the contestants on The Block this year. Winning the big money is not just about pleasing judges Neale Whitaker, Shaynna Blaze and Darren Palmer. It's about getting the best price on auction day.

And, one of this year's contestants, Jesse Raeburn, may have the inside knowledge. Jesse is a real estate agent in St Kilda, the same suburb where this year's property is located. He was even on the show in 2018 as the auctioneer responsible for selling Hans and Courtney's apartment, netting them an impressive $410,000 profit.

A big Block fan from way back, Jesse applied this year and made the cut with his "secret weapon", girlfriend Mel. Both St Kilda locals, they're currently renovating just around the corner.

Because of his local knowledge – professionally and personally – Jesse is convinced that he and Mel's renovation is sure to do well on the big day.

"I think we have the best house, because we know what's selling and what buyers want and we think we've included every one of those features in the house," says Jesse.

And it's not just about formal sitting rooms and wine racks. 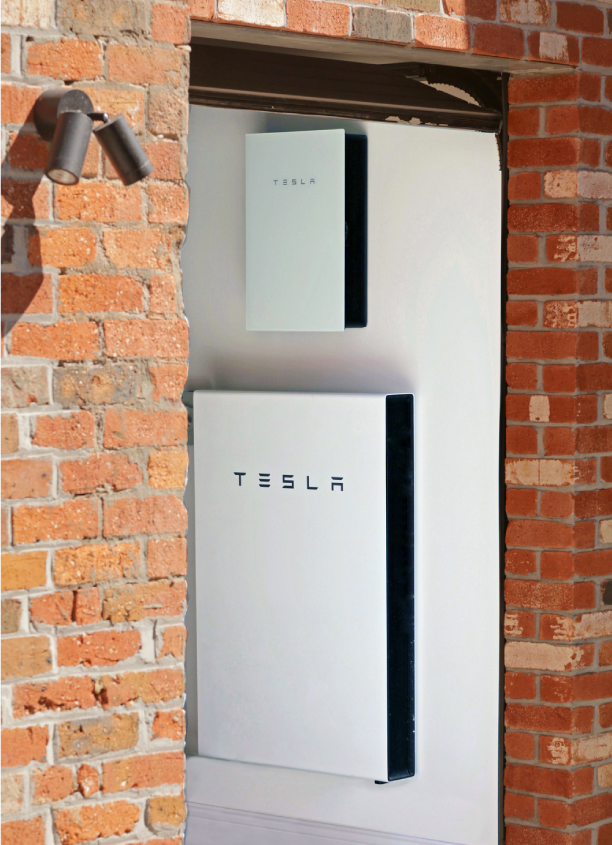 All The Block apartments have been fitted with high performance solar systems, from Bradford Energy, each optimised with Solar Edge Inverter, Tesla Powerwall's, back-up functionality, installed and commissioned. There's even five Electric Vehicle Chargers installed in the development.

Jesse says that renewable energy systems such as these are a big drawcard and a great alignment for The Block's buyers.

"I think everyone's so conscious now about their carbon footprint, everyone's trying to get rid of single-use plastic, and renewable energy is on the rise," he says. "Especially in this market, everyone is very conscious of it, so having the solar panels is an absolute must."

Because the system is already installed by Bradford Energy experts, Jesse is sure that buyers will factor that in when bidding.

"The biggest thing is the quality of installation, and obviously that's now been achieved by Bradford Energy. Another important factor is having a place to charge your electric vehicle, which is one hundred per cent essential for this kind of home. On almost every property we're selling now, it's just an expectation that there's a charging wall for your electric vehicle." 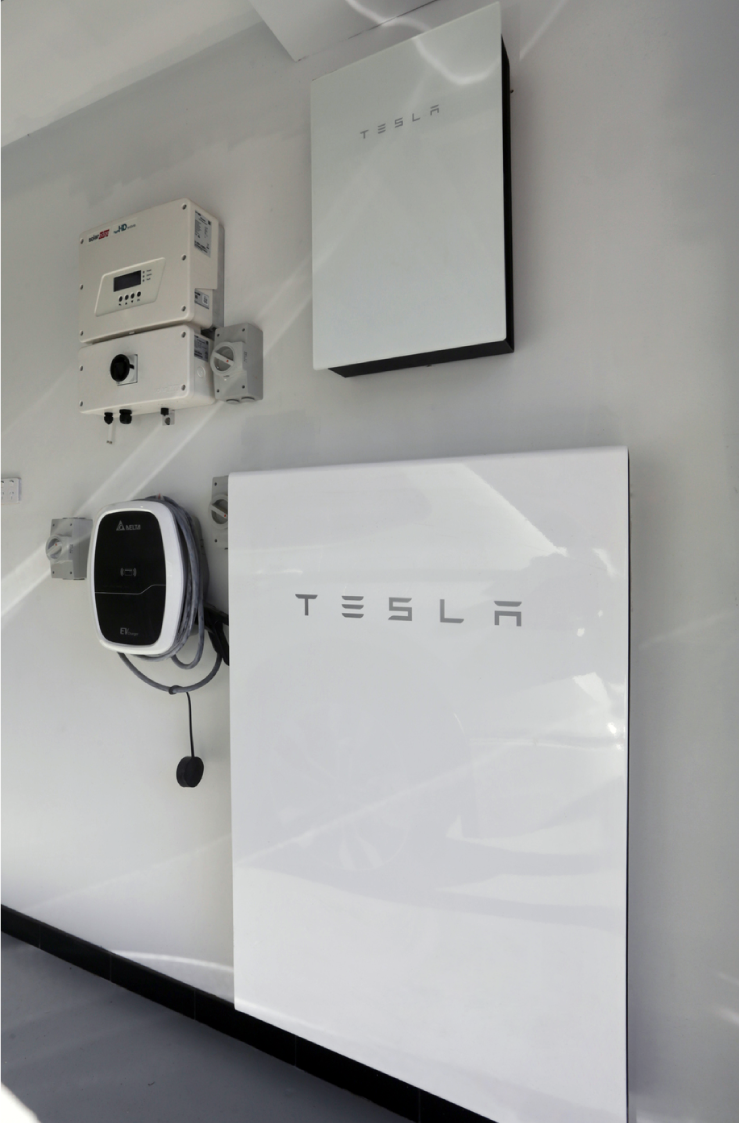 Bradford Energy's solar panels are not just efficient, they are elegant too, which is a big plus at the high end of the real estate market, says Jesse.

"The only time you see the solar panels is when you walk to the rooftop terrace," he says. "So they're very discreet."

Bradford Energy's Steve Harty, says Jesse's take on the market is right on the money. "Jesse, obviously, is a real estate agent, and at that top end, he's really good," says Steve.

Steve is the Business Development Manager – Energy at Bradford Monier and says that the system installed at The Block will help make the generously sized apartments be much more energy efficient.

"They will be high-consuming energy homes, just because of the footprint," he adds. "Jesse's just got a two hundred bottle wine sort of fridge in it and now that's obviously running full-time."

Steve explains that the Bradford Energy system was an ideal choice for The Block because of the combination of solar panels and battery storage, which will save hundreds, if not thousands, of dollars every year in energy costs for the new homeowners. 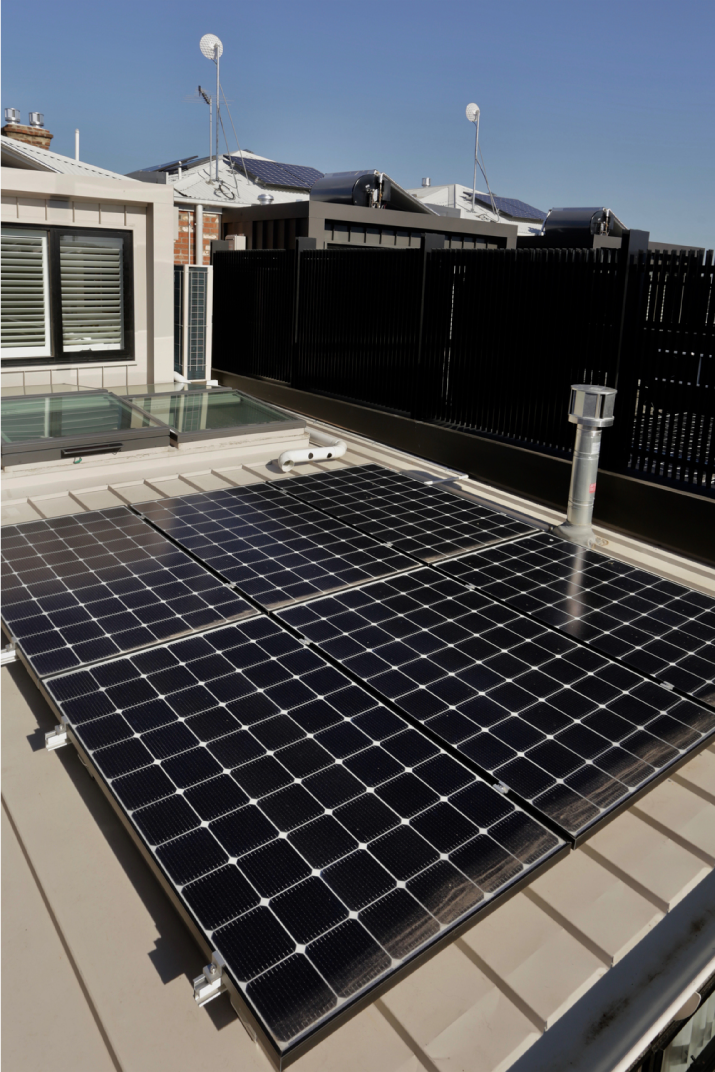 "The priority of the solar system is that whatever's being generated, will be consumed, and then excess energy on top, rather than going back to the grid, gets stored in the battery," says Steve. "So, it gets stored for times when there's no solar production, at nighttime, or where solar production doesn't cover consumption."

The market for these systems is huge, he says and it's growing. "You have early adopters, so people that are about technology; you have people that have a strong connection to sustainability; people that are really looking to reduce their grid reliance as much as they can; and then people who are trying to future-proof for electric vehicles, but also want back-up power, so if the grid fails, they're going to have the ability to use a battery."

Bradford Energy was an integral part of The Block build this season, completing the homes with clever, clean energy and futureproofing for the lucky new owners, who over the next decade are much more likely to buy an electric vehicle than ever before. 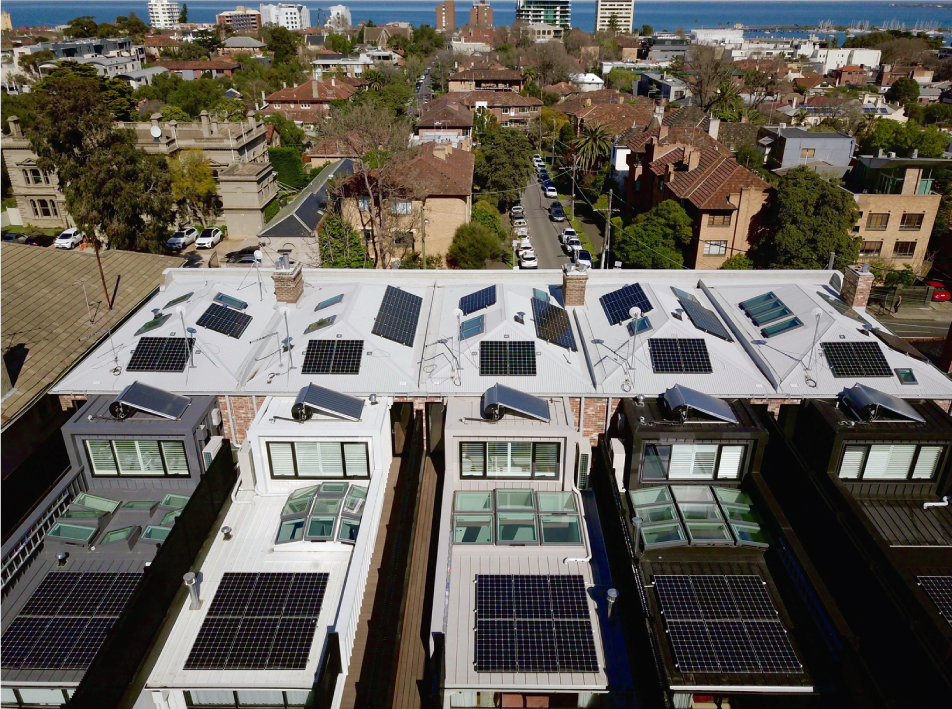