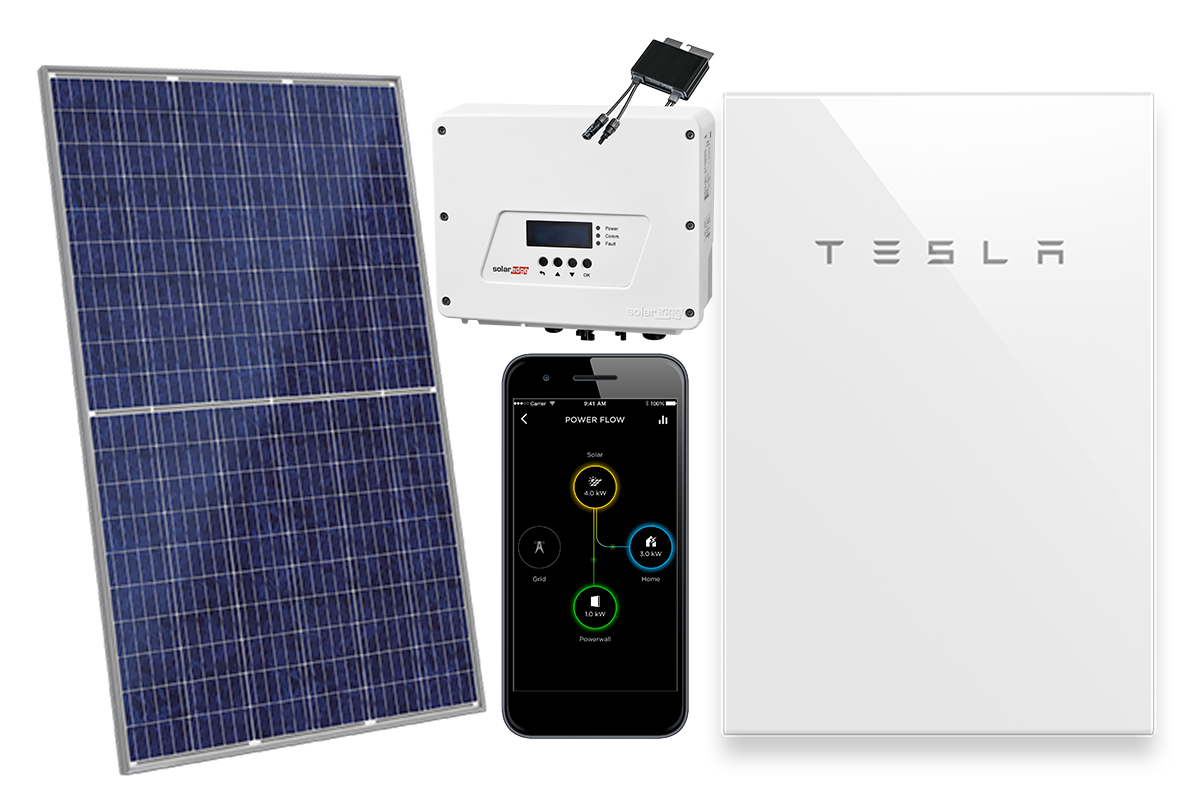 As the managing director of Halcyon, Bevan Geissmann knows what it’s like to be in for the long haul. A leader in developing and providing communities for the over 50s, Halcyon has developed an enviable reputation for sustainable development and being proactive in adopting clean energy technology, including the Tesla Powerwall’s supplied by Bradford Energy.

“Our company has had a fairly strong environmental push going for the last 10 years,” Geissmann explains. “We recognise that in our market – the ‘fifty-plus market’ if you like – they’re actually getting into it.”

“Our residents are at the stage in their life where they’re thinking about how they’re leaving the place that they’ve lived in for the last 60-70 years. And they like the economic benefits of it, as well.”

From business to home

This focus on energy saving and self sufficiency has now influenced the way that the Geissmann family lives in their home, located between Brisbane and the Gold Coast.

“A lot of it is from my Halcyon world – all our new homes have solar panels, and we’ve got Powerwalls in the houses we sell. Because we’ve worked pretty hard on creating environmentally sensitive developments, that’s probably turned all of us a bit that way,” he says.

“At the end of last year, my wife and I were just starting to set ourselves up for the next 10 years in our home, to renovate it and all that sort of stuff – we’ve had it since we were almost first married. And we thought that as part of that reno, let’s push on with the solar initiative as well.”

Knowing Bradford Energy’s products and seeing them work so well with all of Halcyon’s estates made the choice simple, says Geissmann.

“We live on acreage, we have tank water, and we thought, well, let’s do the solar thing as well. So we’ve got 70 solar panels, two Powerwalls – and we subsequently bought a Tesla Electric Vehicle. And so we’ve got the car plugged in, we’ve got the Powerwalls, we’ve got the Bradford solar panels, and it’s been really interesting. My son worked for Tesla for a while, so that probably got us a bit more sensitive to it, as well.”

Geissmann says that seeing the large Powerwalls every day when he drives his car into the garage is a constant reminder of the energy they are saving – and he says it has had a large flow-on effect on how the family lives.

“Living in Queensland, we’ve got plenty of power, so some of it goes into the car, obviously we’ve got the economic benefits,” says Geissmann. “But what’s been interesting – my wife used the term ‘ripple effect’ – it’s amazing, the effect that enters your life out of all of this stuff.”

“I think because when you drive into the garage, you see the two Powerwalls there. I don’t see the solar panels much, but I see those Powerwalls every day of my life, and they’re a symbol. Obviously we’ve got the App, as everyone does, and it gives you details so, (you can) see what the house is doing.”

Even though it’s early days, Geissmann says that the family has already saved a lot of money on their power bills.

“We’ve made pretty big savings,” he says. “We’ve only had it for two power bills, but previously we had $2,000 power bills – and our last one was three or four hundred.”

And now they’ve added the Tesla electric car to the mix – which is recharged from those same Powerwalls, the savings are even higher, he says. “We’re not paying petrol for the car, so instead of spending a hundred dollars a week in fuel, we’ve paid nothing over 12 weeks, so there’s $1200 we didn’t spend on fuel.”

Geissmann says that the experience of his own house has made him even more of an advocate of solar power and Bradford Energy.

“If you asked what was the tipping point, I’d probably have to say that I have seen it happen so much in reality through the work we’ve done with the company. No one would ever have said 10 years ago I was a ‘greenie’, but I’ve seen the do-good for the environment, and the hip-pocket good. I’ve seen the homeowners embrace the hip-pocket, and they love the fact that they’re doing good.”

“I think you’ve always got to have that balance – it’s no good being out there with that ‘we’re doing such fantastic stuff for the environment’, but we’re not saving any money. It’s got to be a balance and I think it’s reached the tipping point where people are seeing economic and environmental benefits going together.”